As the reigning Bingo Operator of the Year (EGR Operator Virtual Awards 2020), we’re proud to offer a vast selection of online bingo games, whether you’re looking for the best 75-ball bingo, 90-ball bingo or want to try our exclusive special games. Tickets for our 75-ball titles start from just 1p each - for example in our Speed Bingo room - and with potentially huge cash prizes up for grabs, there are lots of reasons to enjoy a game of online bingo at Jackpotjoy. 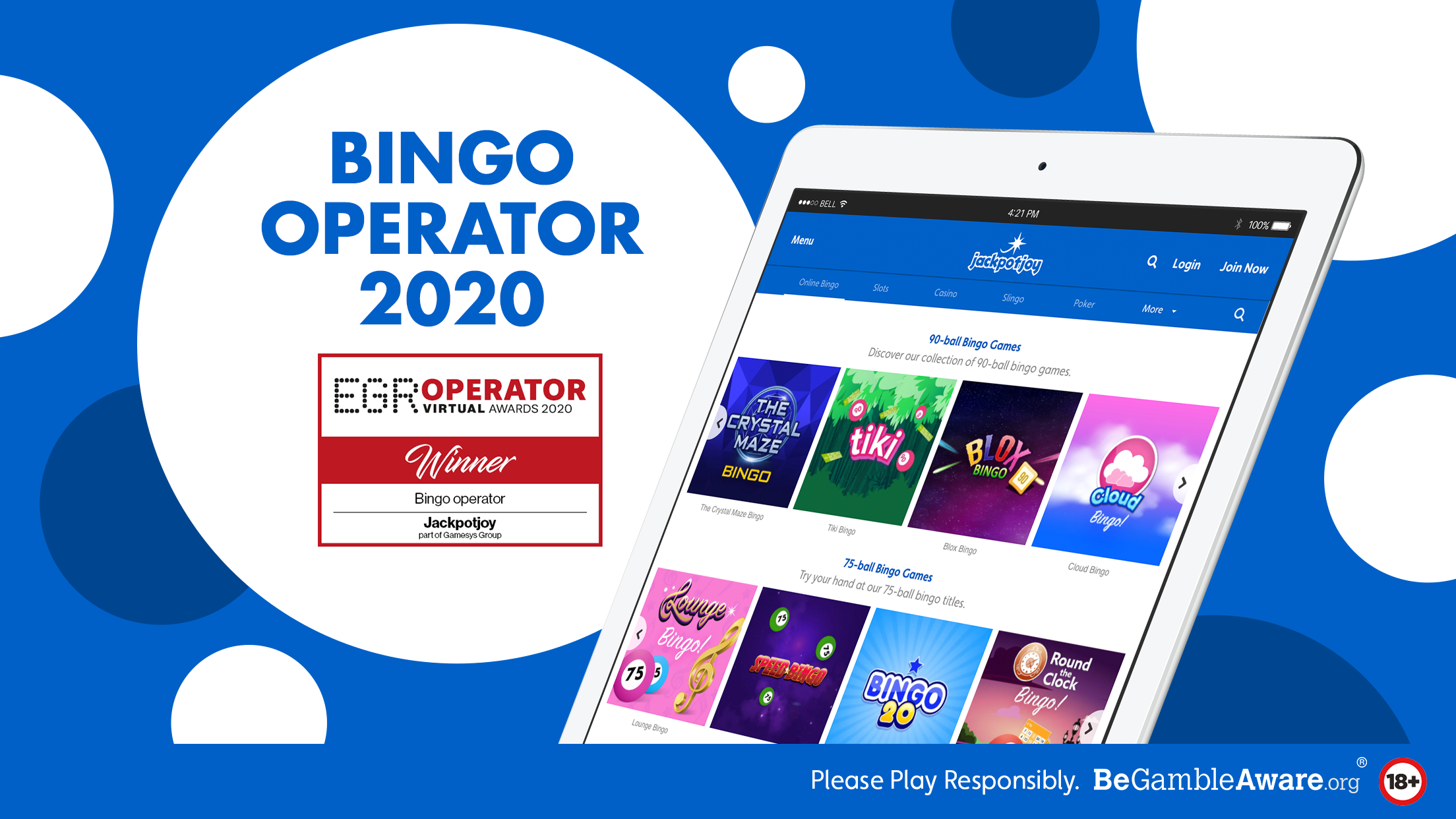 75-ball bingo is one of the most recognised bingo formats in the world (the other being 90-ball). Despite being more commonly played in the US, games are loved by fans all around the world, not least because they’re fun, fast and thrilling to play!

What sets it apart from other bingo games is the unique 75-ball bingo layout, which comprises a five by five grid containing 24 numbers. To be in with a chance of winning, you need to complete the pre-determined pattern before all other players, as there’s only ever one prize available.

Will you land the winning pattern for a chance to win cash prizes?

How Does 75-Ball Bingo Work?

Learning how to play 75-ball bingo couldn’t be easier. Games take place on a card with five rows and five columns, and feature 24 numbers ranging from one to 75. Each of the 25 squares contain a number except the middle one, which will remain empty or be marked with a star at the start of the game.

The word ‘bingo’ is often spelt out across the top of the card - each letter corresponds to the range of numbers that may appear in each column:

Numbers are called out at random and will be marked off for you by our automatic daub feature. In order to win, you need to be the first player to complete the pre-determined winning pattern - we’ll inform you of this at the start of each game. All that’s left for you to do is sit back and watch as the game unfolds with fellow players in our welcoming chat rooms.

How to Play 75-Ball Bingo

Start by browsing our collection of games, including favourites such as Lounge Bingo and Speed Bingo, and decide which one you’d like to try. If you’re new to online bingo, consider buying tickets for our great value Session Bingo room, where you’ll receive 15 tickets for a mix of 90, 80 and 75-ball games for just £5!

Once you’ve decided what game you’d like to play, click ‘Play Now’. This will open the purchasing screen, where you need to confirm how many tickets you’d like to buy and for what game (it’s possible to buy tickets up to seven days in advance on select games). As soon as you’ve bought your tickets, you’ll be ready to play your game. For more information about how to play individual games, click the ‘more info’ button, which will also display the Return To Player figure and any jackpots available.

Numbers are automatically marked off for you while playing online bingo at Jackpotjoy to ensure that you never miss a number - or win! Our auto-daub feature also gives you a lot more flexibility, so you can carry on with your day regardless of your gaming schedule.

How to win 75-Ball Bingo

There’s only ever one winner in 75-ball bingo games, which is awarded to the first player to complete the required pattern

. To be in with a chance of winning, all you have to do is purchase your tickets - that’s really all there is to it!

It’s entirely up to you whether you watch as your cards are marked off for you, giving you the perfect opportunity to enjoy a good chinwag with fellow players in our chat rooms, or get on with your day elsewhere.

As this game has grown in popularity, so have the number and variety of different 75-ball bingo patterns available. Where there was once only a handful of possible winning combinations, such as a single diagonal, vertical or horizontal line, there are now more than 300 patterns available across all games. Some popular examples include shapes such as the airplane and umbrella; letters such as L, Z and T; or a blackout, which covers all 25 squares, to name just a few!

The prize amount in 75-ball bingo varies between games. It will always be displayed in the bottom left hand corner and on the purchasing screen before you opt in, so be sure to check before playing. Many of our titles also feature a jackpot, giving you even more chances to win real money prizes! If applicable, this will also be displayed at the start of the game alongside the current amount available.